Business Excellence Starts with a Noble Purpose Beyond Making Money

When I am asked, “Paul, how can I improve productivity and achieve sustained business success?” I give an unconventional reply— “Sustained success starts with a noble purpose beyond making money.” Without a noble purpose, I explain, “All tasks degenerate into thankless, boring chores.”

What is a Noble Purpose?

For most employees, “Increasing shareholder wealth,” does not qualify as their noble purpose and provides zero motivation.

A noble purpose is something that serves the greater good, helps the human tribe, and leaves an enduring positive legacy.

According to Gallup’s annual employee-engagement surveys, 70% of employees dislike coming to work. This is nothing new. Employee disengagement has fluctuated around 70% for the past 25 years. This malfunction of the motivational engine costs our economy trillions in lost productivity annually according to Gallup’s economists.

Disengaged employees do what is required, but nothing more, and their work feels like a cool, impersonal transaction. Their attitude is, “If you give me money, I will give you a certain amount of work, but nothing more.” I don’t think this situation will change until companies get serious about defining their noble purposes.

If you don’t believe in this sense-of-purpose stuff, then consider the case of Elon Musk. Both of his companies, Tesla and SpaceX, have amazing noble purposes.

You might think Tesla is a car company, but it is actually a save-the-planet company.

For example, soon many houses will feature Tesla’s new “Solar Roofs” that look like shingles but are composed of sturdy solar panels. The energy generated will be stored in a Tesla Powerwall battery installed somewhere in the home. This battery will store energy during the day and parcel it out during the night. The solar panels will provide enough clean energy to run our homes and recharge our Tesla electric cars. If there is energy left over, it will be sold back to the electrical grid. Wouldn’t it feel great to get a check from the electric company each month while contributing to the health of the planet at the same time? This may sound like science fiction, but it is science fact, and all these Tesla products are available now.

SpaceX Creates a Second Home for Humanity on Mars

SpaceX has an incredible noble purpose—to create a second home for humanity on Mars just if an asteroid, like the one that killed-off the dinosaurs, smacks into the Earth, or if we make the Earth uninhabitable through pollution, global warming, nuclear war, pandemics, or bioterrorism.

Musk is determined to set up a colony on Mars within our lifetimes, and he is well on his way to making it happen. Watch one of Musk’s enormous “Starships” launch from his space port in Boca Chica Texas, and you will be a believer. Just one Starship can transport 100 people, plus their gear, to Mars! Oh, and it only costs 2 million to launch a Starship into orbit because it is fully reusable. NASA’s non-reusable SLS rocket cost 2 billion per launch!! Go Elon!

So, if you have been wondering how Elon Musk can take over entire industries, attract the best and brightest talent, and become the richest man in the world virtually overnight, it is because he is serving the human tribe in big ways and creating jobs that capture people’s imaginations. His employees are energized and bring their A-games to work. Motivated humans work faster, better, and smarter, and with a good attitude, because they deeply and truly care about their noble purpose and their workplace tribes.

If you would like to fire-up your employees and explore your noble purpose, CA Short’s consultants can help. It is much easier than you might think! 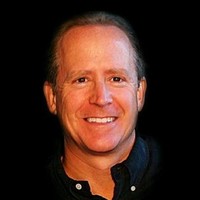 About the Author
Paul Herr | Owner at Paul Herr Consulting

Author of “Primal Management: Unraveling the Secrets of Human Nature to Drive High Performance.” Paul helps organizations design and execute workforce solutions that tap into the passion, creativity, and commitment of their people. With over 16 years of experience supporting organizations achieve amazing results through employee engagement, leadership development, and talent management.
LinkedIn