Service Award Programs: Give the Gift of Choice

The History of Service Award Programs

Employee Years of Service Awards have been a part of our American culture since the mid 1930’s. It has been said that the AMA (American Medical Association) was one of the first organizations to provide their member nurses and doctors with service award pins – pins for the nurses’ caps and lapel pins and tie tacks for doctors, all designed with the employers’ symbolism. For many years following, service award pins were the traditional standard recognition awards.

It was jewelry manufacturers that were the providers of these awards, so as time went on, other jewelry items were added which allowed the award recipients some limited choices, which include items such as necklaces, bracelets, stick-pins, brooches, tie-bars, dangles, and other items on which the employers’ crest could be displayed. This became known as the traditional emblematic years-of-service program. 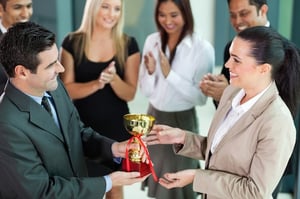 Over time, additional items were added to the selections, still allowing the corporate symbolism to be displayed on the award item. The selections were expanded to include award items such as clocks, watches, crystal, silver pieces, pens, key chains, and rings. This traditional emblematic approach to Years of Service Awards was the standard for many years, and is still desired by some businesses and industries today whose corporate cultures are suitable to, and choose to maintain the traditional approach of years past.

Historically, Service Award programs were one of two common types - one was where the award recipient had no choice. Their employer had pre-selected a single award item for each milestone level, always with the corporate symbolism attached, either with an emblem, etching or engraving. The other type was offering a limited choice of the traditional emblematic awards, usually 6 to 12 items, which then progressed in time to 24 items, but never or rarely more than 24.

The Evolution of Service Award Programs

In the mid-1990’s, there started to emerge a slow, but growing trend that would change the way many of the more progressive corporate cultures recognized their employees for Years of service anniversaries. Society was changing.  We became a more recreational and leisurely society and lifestyles were reflecting these societal changes. “Casual Friday” was introduced to corporate America, which progressed into “business casual” Monday through Thursday, and “dress-down” on Fridays. Employees were being empowered more and more with the ability to get involved and engaged in the decision-making process.

Everything was changing rapidly and the traditional approach to years-of-service programs was following suit.  Employees were desiring more choices that included lifestyle awards, and more useful and functional awards.  No longer were the strictly traditional award offerings appropriate and desirable. So, the providers of years-of-service awards, still providing the traditional emblematic awards, but slowly added some of the more lifestyle type of awards to include items like pocket knives, china sets, flatware, binoculars, globes, lamps and belt buckles.

Today, the most popular, effective and desirable programs offer upwards of 100 tangible award items at each milestone level containing a wide variety of high quality name brand award items. With the vast diversity of employees in the workplace, from baby boomers to millennials, male and female, white collar and blue collar, and many ethnic varieties, single choices and few choices will not have the desired recognition experience employees deserve.

At C.A. Short Company, we are your partner for increased employee engagement resulting in increased performance outcomes to grow your bottom line. Our process and research-based platform helps you engage your team in order to increase your bottom line, motivate your staff to the benefit of the entire organization, and reward your people for the positive changes they make. To request a Complimentary Consultation, please click here. 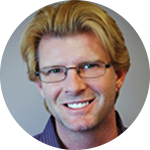 see all
Get Demo