Cash is NOT King in Employee Engagement Incentives 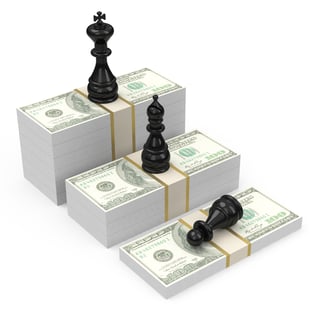 I just attended the RPI (Recognition Professionals International) Summit in sunny but chilly Las Vegas and learned a great deal about Recognition and Rewards. One of the sessions I attended was “The Behavioral Economics of Incentives” by Scott Jeffrey, a PH.D with Monmouth University. The premise of his session was understanding what deliverable is best to drive the behavior you want and what he shared was not what I expected. It turns out that cash is not king if the desired outcome of your incentive program is to drive and maintain a high level of employee engagement.

As we sat through the session we were treated to an interesting psychological history lesson of the mindset of human beings and their decision making process. Moreover, we learned what most people will say when given a choice versus what an organization should take into account before rolling out a recognition program. His presentation included references to studies of hundreds of sales people, line-workers, studies from Incentive Magazine, a book by John Maurice Clark Economics and Modern Psychology and others.

Interestingly, the sum of his investigative work provided that we, humans, have a “Dual Self” and when making a decision we need to have a compelling reason for our choice which is to:

A - Justify to others

B - Justify to ourselves

When presented with the question “Would you prefer cash or a reward/ tangible prize” the answer is almost always cash. The reason behind the answer is simple, the choice of cash is much easier to justify to both.

We were then treated to evidence providing that while the uplift in productivity to either reward was similar, there was a stark contrast in the loss of productivity once the reward had been provided. In a study published in the Journal of Management entitled “It’s (NOT) all about the Jacksons” the study proved a sharp downturn in production following the end of a cash incentive versus a nominal drop following a tangible one.

Be Careful What You Ask For

In summing up the session, Scott went on to share cash incentives can have a negative effect on the social relationship you have with an employee as they move the relationship into the “money for service” domain as opposed to building a tangible relationship with a reward and recognition. Further, gift cards are seen in the same light as they’re really just another convenient method of distributing cash.

From my perspective, the moral of the session was to be careful what you ask employees they’d like versus what behaviors your organization wants to drive. And, while your employees may be provided with the ability to use cash or a gift card to pay a light bill following an incentive, they aren’t as likely to link the reward to their employer as they would when given something tangible to take home and share with their family. In the end, giving employees cash or a gift card may have an immediate, albeit short term, impact on employee satisfaction, it has been found to have little to no impact on long term growth and employee engagement.

At C A. Short Company, we are your partner for increased employee engagement resulting in increased performance outcomes to grow your bottom line. Our process and research-based platform helps you engage your team in order to increase your bottom line, motivate your staff to the benefit of the entire organization, and reward your people for the positive changes they make. To request a Complimentary Consultation, please click here. 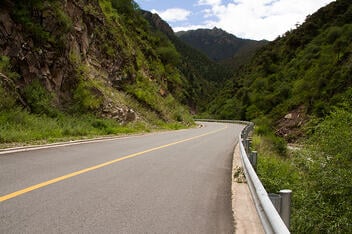 8 Ways to Recognize & Engage Employees Who are on the Road

This blog post is the 2nd in a series of five blog posts about creating driver engagement. 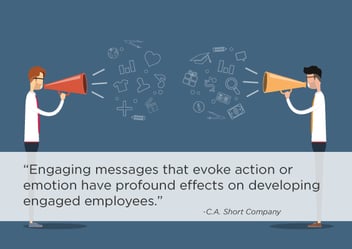 Communication plays a vital role in all aspects and all levels of business. The manner and...